Since, understandably, there is always the question of suitable cameras in advance, you have the opportunity to inform you free of charge about possible models, costs, advantages and disadvantages.

Fact is: a resolution of 320×240 measuring points should be the minimum.

In addition, I would like to inform you about why I personally prefer cameras from FLIR.
Basically, there are only two acceptable suppliers for those who want to seriously screen living beings with an infrared camera – TESTO and FLIR!
I know that there are a few companies that sell FLIR technology in self-labeled housings, but I can’t and don’t want to go into that.
So, TESTO or FLIR?
And even though you can certainly work with TESTO, in my opinion the use of a FLIR camera offers a decisive advantage.
And this is called “RAINBOW HC” (HC stands for High Contrast) and stands for a color palette in which the thermograms can be displayed.
Sounds complicated at first, but it is not. The best way to illustrate it is to compare images: 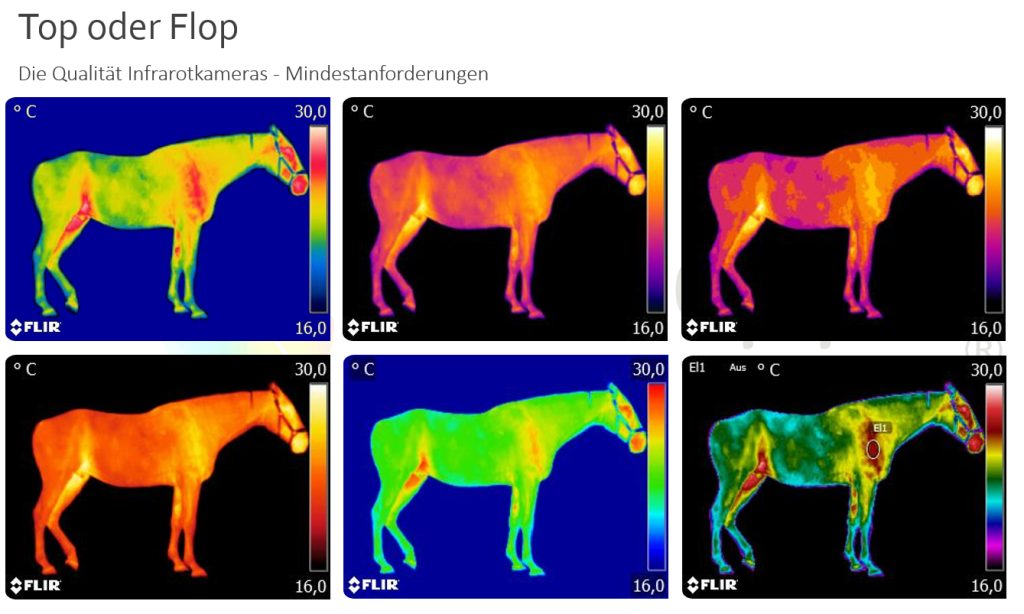 Comparison of different color palettes in a thermal image

The thermal image on the top left most closely reflects the TESTO color palette (unfortunately also called Rainbow HC…), the thermogram on the bottom right reflects the FLIR Rainbow HC.
And looks the comparison between a real “TESTO neck” and “FLIR neck”: 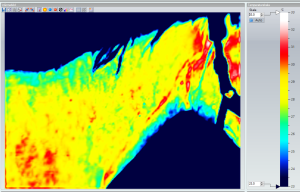 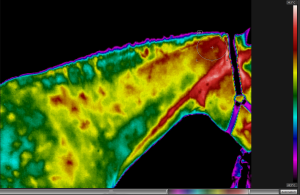 Of course, you can also basically work with a TESTO camera. And correspondingly large heat differences can also be localized with this.
However, the often relevant thermal differences are not as large as one might think.
In the case of a suitable symptom, 0.3 degrees Celsius are sufficient to justify a thermal anomaly. And there it becomes unfortunately more than narrow with the coarser color distribution.

You will find an english version of the Video latest by 2023 January 15th!
If you’re too excited to wait, you can already watch the German Version. 😉

As mentioned, I tend to start with a used camera. The market is not huge, but you can always find something good. Used cameras start at around 1,400 euros, depending on the model and age. It is not mandatory that you already have a camera at the beginning of the course. Perhaps one would like to look also first whether one would like to accomplish the thermography later even, and if yes, in which extent. In the certification courses, sufficient cameras are available for the practical weekend.
Who would like to practice during or afterwards, should of course already look in the course of time that she/he finds an own camera.

Here are a few possible second hand models, which are suitable for our purposes:

Attachments for the smartphone, C-models and number combinations below the mentioned are not suitable!